This is a legends story in the works, Cooper Rish, an undrafter Rookie out of Central Michigan is exploding onto the scene. Obviously there was a similar sort of story last year with Dak Prescott, and since then Dak has cemented himself as the starter and took the Cowboys to an outstanding breaking 13-3 season. Let’s break down why Cooper Rush is the best backup for ‘Them Boys.’ 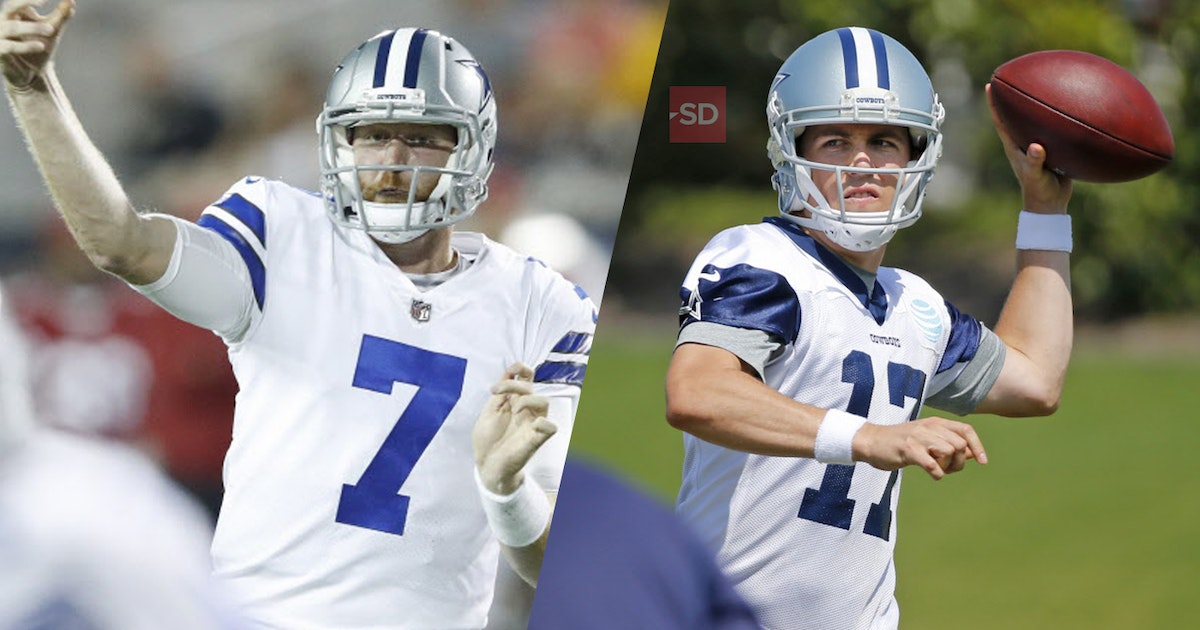 1 Kellen Moore
If anyone should know how this situation is, it should be the Cowboys. For the past 2 years their main starter, Tony Romo,  went down for the entire season, luckily like I stated earlier, Das Prescott was there to save them. This was only because the lack-luster at best Kellen Moore (2nd Backup to Romo) was out with a broken leg. He was one of the main contributors to Dallas’s forgettable 4-12 season in 2015-2016. The worst part is he still shows signs of that despite being of the team for around 3 years now! Kellen Moore is just too quick to throw (Especially with arguably the NFL’s best O-Line), doesn’t think through what could happen defensively (too many Interceptions), is not good with ball safety (too many fumbles) and simply can’t produce even when set up with some of the league’s best offensive weapons at hand.
Rush on the other hand is able to produce. Back to back to back, the past 3 preseason games, Cooper Rush has rallied the Cowboys back for wins, whereas Kellen Moore just threw interceptions. Cooper Rush has nearly perfect passer ratings each game with barely any incomplete passes and no interceptions as of late.

2 Too Risky
Simply put, it is just waaaaaay to risky for Dallas to let Rush go, as there are plenty of teams that could snag him right up (i.e. Jacksonville Jaguars) and use him against them. This has actually happened before with (now) Miami Dolphins backup QB Matt Moore. This guy started out very much like Rush too as he was also undrafted free agent in 2007 and was scooped up by Dallas for the preseason. This is where their two stories differ, Rush will most likely still be with the Boys, but Moore was actually released. Moore became the Panther’s starter in 2010 after 3 years of being their third string QB. Though this was short lived and is still a backup, Matt Moore is still one of the reasons the Miami Dolphins made it to the playoffs last year as the last Wild Card of the AFC since their starter Ryan Tanehill was injured mid-way through last season. 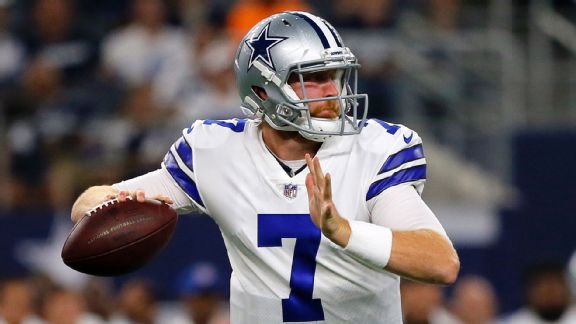 Jerry Jones, the infamous owner of the Dallas Cowboys has shown lots of recent interest in this newly developing QB. So much so, that he has compared Rush to the likes of Troy Aikmen and Roger Staughbaugh (along with Das Prescott and Tony Romo), only the two best QB’s in Dallas history winning a combined 5 Super Bowls. He told interviewer’s that Rush is one of the most “workingest football players that you could be around” even as much as the other QB’s mentioned previously.

Cooper Rush is a great and skilled QB that deserves to be Dak’s backup. Dak himself even said that he was trying to start Rush a fan club as he loved the young QB’s motivation and maturity. Currently Rush’s passer rating is a 126.
View the Rest of Cooper Rush’s stats here
Featured Image From: BloggintheBoys.com
Sources:
https://en.wikipedia.org/wiki/Matt_Moore_(American_football)-Matt Moore Career Stats
http://www.nfl.com/videos/nfl-network-total-access/0ap3000000833037/Dak-Prescott-on-Cooper-Rush-I-tried-to-start-up-his-fan-club-Dak Prescott Interview about Cooper Rush
https://sportsday.dallasnews.com/dallas-cowboys/cowboys/2017/08/25/jerry-jones-just-compared-cooper-rush-troy-aikman-tony-romo-dak-prescott-key-trait-Jerry Jones Interview Comparing Rush to Troy Aikman and others
Tags:
Previous Article
Veteran QB Brock Osweiler Might be Moving…Again
Next Article
A Netflix Magazine?